Last Friday Terang College had 16 year 5 & 6 students (1 boys team & 1 girls team) participate in the Hoop Time All Stars competition at the Terang Stadium.Both teams started the day off strongly with convincing wins over their opponents.
The boys finished the day with 2 wins and 2 losses, 1 of the losses was only by 1 point, the opposition scoring a goal with only 6 seconds left in the game. The boys played in the Consolation final to decide who finished in 3rd and 4th place. The boys played well but Timboon walked away winners by 3 points and the Terang boys finished 4th for the day.

After a big win in their first game the girls lost their second game, playing against a very strong St Pats team. This did not discourage the girls with them bouncing back to victory in the next 2 games.
This set them up to finish second and to meet St. Pats in the Grand final. The girls started the game enthusiastically along with a great fighting spirit but unfortunately St. Pats were too strong and ran away victors.
All Terang students should be very proud of the way they played throughout the day, their fantastic sportsmanship and encouragement to their team members was great to watch.
Thanks to Mr Castersen, Leah and Belinda for coaching on the day and to James, Tom and Leah for training the students during their lunch breaks leading up to Hoop Time. 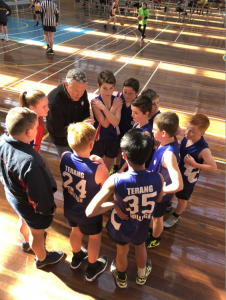 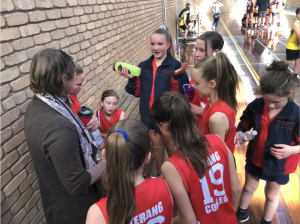 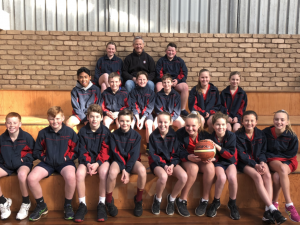 It was Monday morning, as we arrived at Terang College the sun was shining and excitement was running wild through the kids (and the teachers!) as we got ready to board the minibus. Our destination was Ballarat, competing in the Regional soccer competition finals. None of us really knew what to expect, nor how well we would actually go against the other schools in the competition.

The beautiful sunshine we had in Terang had turned into dark clouds and a bitter wind by the time we reached Ballarat. However, the gloom of the weather did not deter the team. Putting their uniform and shin-pads on, socks pulled up, the students piled out of the bus and ran straight into a warmup. The excitement hadn’t worn off and the kids were hanging out for our first game.

Our first game was at 12:15, which come around in no time. The team got set up on the field, finding their positions waiting patiently for the whistle to blow.

At this point I should mention a few things. Our team composed of an equal number of boys and girls from year 8. The competition was a year 8 Boys competition, which meant that the other teams were composed of all boys. Most of which play soccer in a local league. The second point I should mention is that we had just over a week of training every lunchtime in the lead up to the competition. Additionally, only one student had played soccer previously, the others had no experience outside of the training sessions. Finally, our training sessions comprised of playing on the tiger turf at school…about a quarter of the size of an actual soccer field! So entering the grounds, the students were blown away about how large the field they would be playing on actually was!

The first whistle blew. The ball was passed and the game was on! It was all up to the students at this point. As the coach, I hoped that everything I taught them would come together and they would work together as a team. The game plan was simple enough; hold a strong defence, prevent the opponent’s goals from being scored and hope that we might get a goal ourselves. Two draws would be an outstanding achievement for us and would have been enough to get us through to finals.

Boots clashed, the ball ran wild and students on both teams were going in hard to win possession. The opposition got a very lucky goal in the first half, but we come back firing even harder the second half and prevented the opposition from scoring at all. We even had a few more shots at goal ourselves, giving the opposition cause for concern, this would not be an easy win for them. The game ended in a 1 – 0 loss, but the students come off the field beaming having had so much fun. Despite the score, we could not have asked for a better result.

Our second game commenced right after our first, so we quickly ducked across to the other field. Unfortunately, the time it took to go from one field to another, the weather got even worse. A misty rain had arrived, the wind picked up and it was bitterly cold. Somehow, this didn’t bother the students who were running around in shorts and t-shirt. After a quick substitution and a few position changes, the whistle blew and we were off for our second game. The opposition scored two quick goals and one final goal right on the half-time whistle. This time the students come off a little disheartened and heads sunk. However, with a few kind words of encouragement, their heads were quickly raised up they were rearing to go. The second half resulted with no goals scored at either end, which was a huge turnaround displaying our excellent defensive skills.

Unfortunately, the team didn’t make finals, but all the students had a great day and thoroughly enjoyed playing soccer, already looking forward to competing again next year. It was great to see all the players get involved, playing really hard throughout both games. They all worked well as a team and are all commended for their efforts.

A big thanks to Narelle Cavarsan for organising the event and to Mr Castersen for driving us up for the day. It was a fantastic day and we all got a lot out of the competition. We will be ready to compete again next year. 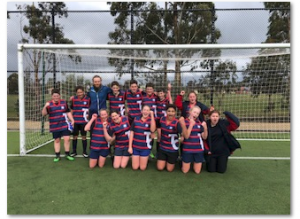 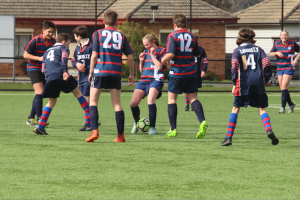 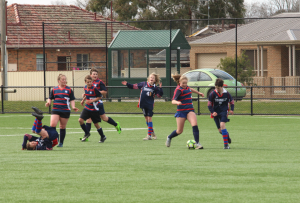 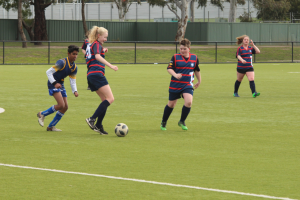 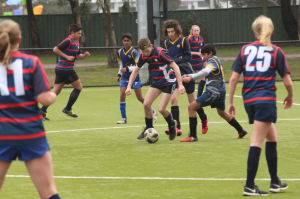 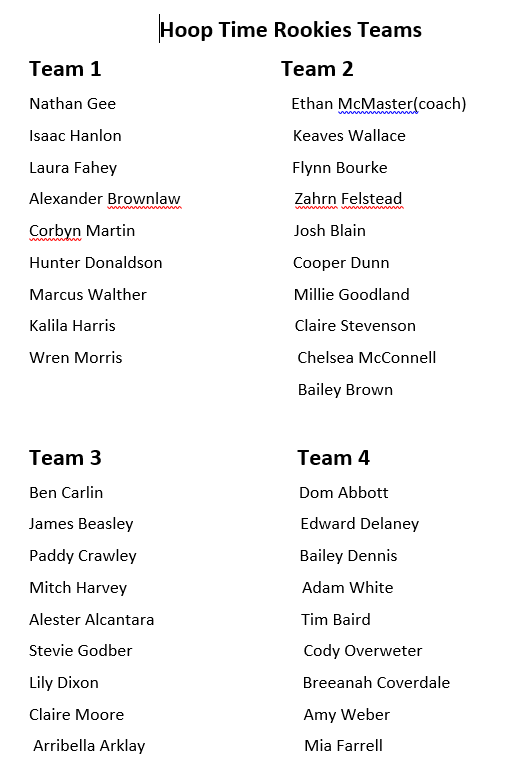 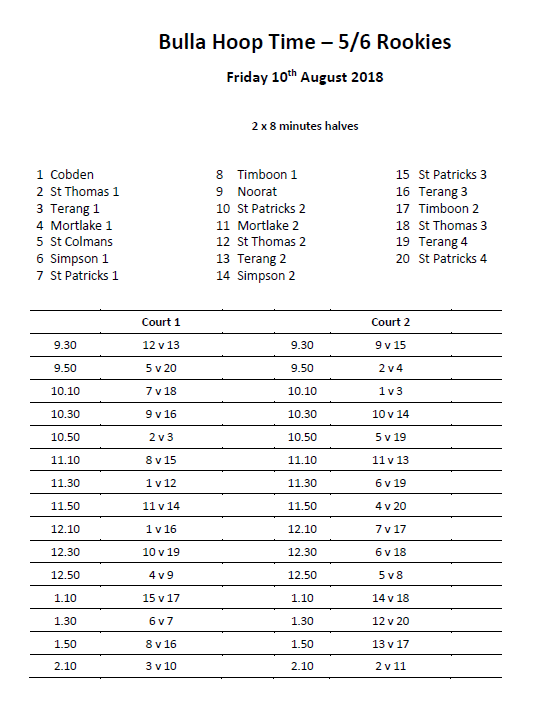 Well done to Leah Bartlett and Sema Meric for competing at the State Cross Country Championships in Bundoora yesterday. Leah finished 53rd and Sema 90th. This is an awesome effort by the girls and a fantastic experience to compete at State level in cross country.

Thank you to the parents for their support and driving the girls to Bundoora. 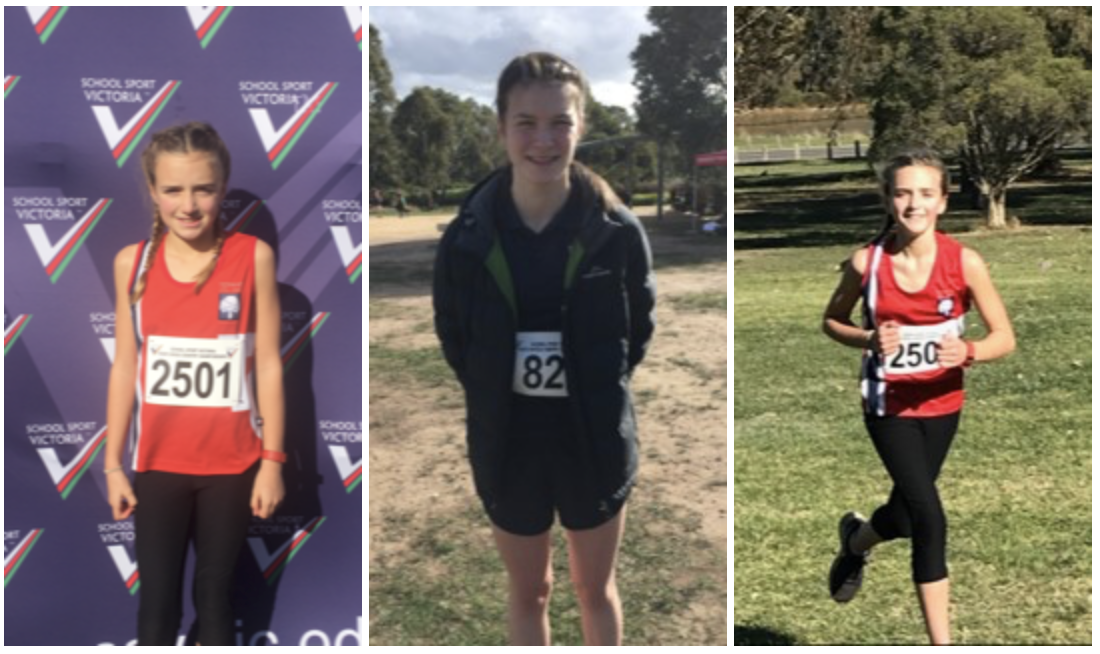 Congratulations to Leah Bartlett and Sema Meric who are representing Terang College at the State Cross Country in Bundoora this Thursday 19th July. This is a fantastic effort to make it to State level. We wish you all the best girls.