Caytlyn Sharp competed this week at the Inas Global Games in Brisbane against 50 countries and 1000 athletes.  In the Triple Jump she broke the Australian U18 and U20 record with a new PB of 9:75 and is now 4th ranked in the world and 2nd ranked junior.  Long jump another big PB of 4.91 in the morning qualifiers and 4.96 in the final, placing 4th in the world.

Cayty was proud to mention Terang College in her interview with SBS world.  In the 200mtr a PB in the semi’s of 28.01.  In high jump it was a tough competition she received the silver medal with a jump of 1.46, ranking 2nd in the world.  In the final event the 4×100 relay the Aussie girls ran over the line in bronze medal position! 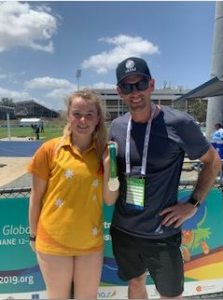 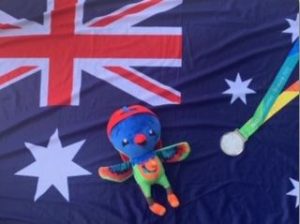 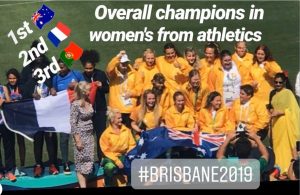