Congratulations to Daniel Hookway who became the Victorian Country Series (VCS) Champion for his class KA4 Junior Heavy on the weekend.

Dan raced in the 6 rounds of the VCS which is a Go Karting series that runs throughout the year from February to October. Every 6 – 8 weeks there was a round at a track at Cobden, Ballarat, Horsham, Warrnambool, Hamilton & Portland. All racers gain points for their finishing position in each heat and the final at each of the 6 rounds. Then final points are tallied from the best 5 rounds for each racer. Dan had an unassailable lead after Round 5 at Hamilton, which meant no pressure at all going into the final round at Portland. 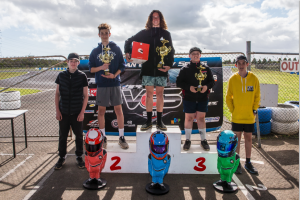 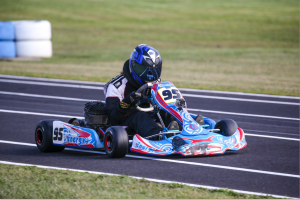