Saturday the 8th September, 2018, it’s 8:30am and the Kolora-Noorat Under 14.5’s run out onto the Reid Oval in Warrnambool to take on Merrivale in what would be an epic WDFNL Grand Final. Terang College is proud to have a number of students that play for this team, including Declan Barbary, Michael Hoey, Harry Stuart, Nick Castersen, Jack Carlin and Xavier Buckle. The boys described their emotions before the game as nervous, hyped and wanting to get the job done. What a game of footy it was with many amazing, frustrating, exciting and stressful times for these Year 8 students. The siren rang for the end of the game and the scores were:

These scores do not indicate the stress that was occurring during the second and third quarters for these young footballers Harry Stuart explains…‘Scoring 17 points was frustrating. If we had kicked straight, we would not have had to go through so much stress, especially when we were down in the second quarter. I thought we were going to do what we did last year, which was lose’. He then went onto explain his feelings after the final siren had rang – ‘I felt excited, probably extra-excited, because we lost last year in the Grand Final but won this year!’. Michael Hoey stated, ‘I felt proud, for going undefeated the whole season and then winning the Grand Final,’ while Declan Barbary put succinctly – ‘Glad it was over and glad that we had won!’

Not only did we have a number of students play for this awesome football team, but, we also had a number of students that played a stellar game. Harry Stuart receiving 2nd best-on-ground for the day and Declan Barbary receiving 5th best on. Congratulations to Kolora- Noorat under 14.5’s footballers – Terang College could not be prouder of your efforts! 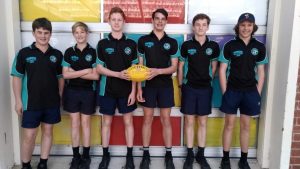 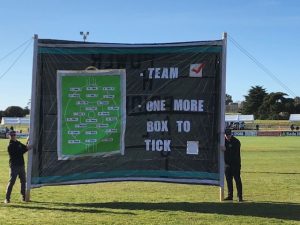