Well done to the  year 7 and 8 students who participated in the HSSSD Basketball in Terang yesterday.

The year 7  girls played one game for the day, and went down to Mercy Regional.

The year 7 boys team had wins against Timboon and Camperdown and a loss to MRC.

The Year 8 team played 3 games and looked like they might get a win in the final game when Alex was fouled on the siren taking a 3 point shot.

Going to the line 2 points down, Alex hit the first shot, pressure was on but unfortunately the next 2 shots didn’t go in, so close..

Well done to all the Terang teams who put in all their effort throughout the day.

Thank you to Azra, Mr Ryan and Mrs Moloney for coaching. 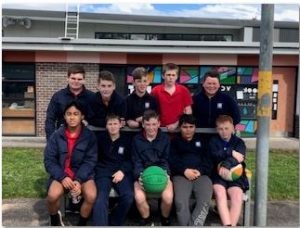 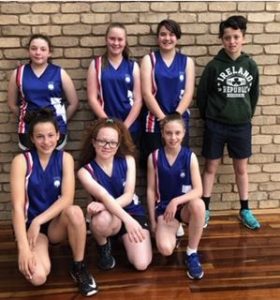