Terang College were well represented at the Junior Boys School Football. The squad of 27 boys graced the Kolora-Noorat Football oval for what was a perfect day for football.

Terang opened the day against Camperdown, where Ethan McMaster slotted a late goal in the closing minutes of the 2nd half to secure the win. Ed Delaney was great down forward, whilst Adam White had a strong influence off the back flank during the second half, providing the pressure Terang needed.

Next up Terang faced what was a strong Mercy side. Nathan Gee was relentless down back and controlled what he could in defense. A thumping right torpedo was using to his advantage to get us out of trouble. Josh Blain further provided strong pressure and starred in the second half. Darcy spent some time in the ruck, rotating with Lucas Castersen which proved to be a powerful rotation.

Our last hurdle for the day was Timboon. Star performances from Ben Carlin & Nick Eldridge on the wing, Tyler Vickers off the back flank & Prince Catanyag (a running machine) led to the boys second win which closed out the day.

Strong captain performances were presented by Ned Roberts & Oliver Guthrie, both on the ground and during their pre-game motivational speeches. It could be heard from the boundary when Oliver screamed, ‘Don’t think, DO!’

Well done to all the boys involved!

The Year 7 & 8 girls had a great day playing netball today. The Year 8 girls had a hard fought out day with 1 win out of their 4 games. Sema Meric was determined all day to stop goals going to the opposition, as Lily Dixon consistently ran throughout the centre. The Year 7 girls had 3 big wins out of their 4 games, the teamwork that these girls displayed was unstoppable. Lucy Eldridge and Emma Hill were the major players, whilst Allivia Hoey shot beautifully for the team. 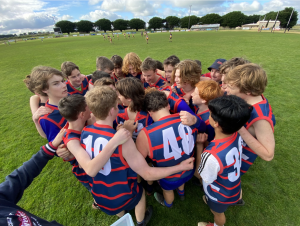 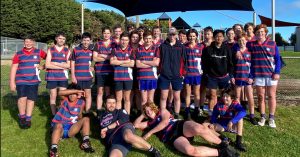 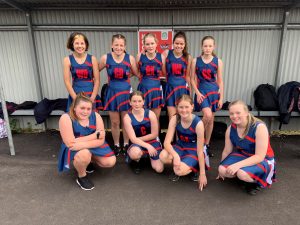 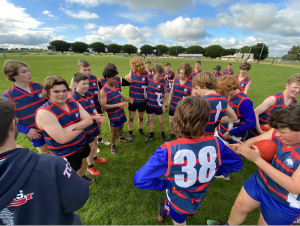