On Friday the 12th March, we had 12 students participate in the Combined Division Primary Championships.

For some of these students, it was their very first time swimming in a 50m pool.

Parker McDougall had a fantastic swim during her 50m backstroke event, placing 1st and has now qualified to compete at the GWR championships in Horsham on the 19th March.

All students competed very well on the day while showing great sportsmanship amongst themselves and other schools. Some students were lucky enough to hit personal bests!

They should be very proud of their swims on the day as it is a great achievement to qualify to compete at this level.

A huge thankyou to all those parents who drove the students to the swimming pool and a big thankyou to Tayla Logan who helped out on the day. 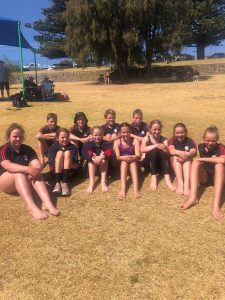 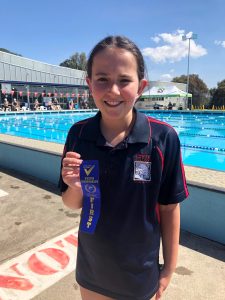