Terang College Year 3 student Oliver Wilson has been invited to represent Terang College in the upcoming Vic school BMX competition in Warrnambool.  This will to take place during the school holidays on Friday 28th September at the BMX track in Warrnambool.  Oliver will be racing in the open section for riders who compete regularly.

Oliver also has an upcoming Open Vic race in early October and is competing at the Victorian state titles in November.

This year Oliver will not only be competing in Warrnambool but has the option going forward to represent the school all over the state & compete in the state finals. 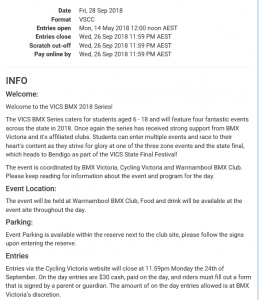 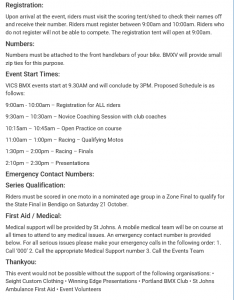